According to the EFA Global Monitoring Report 2011, in that year 57 million children were not in school, having fallen from 60 million in 2008. Children in conflict-affected areas make up 22% of the world's primary school population yet they comprise 50% of the children who are denied an education - and this figure has risen from 42% in 2008. 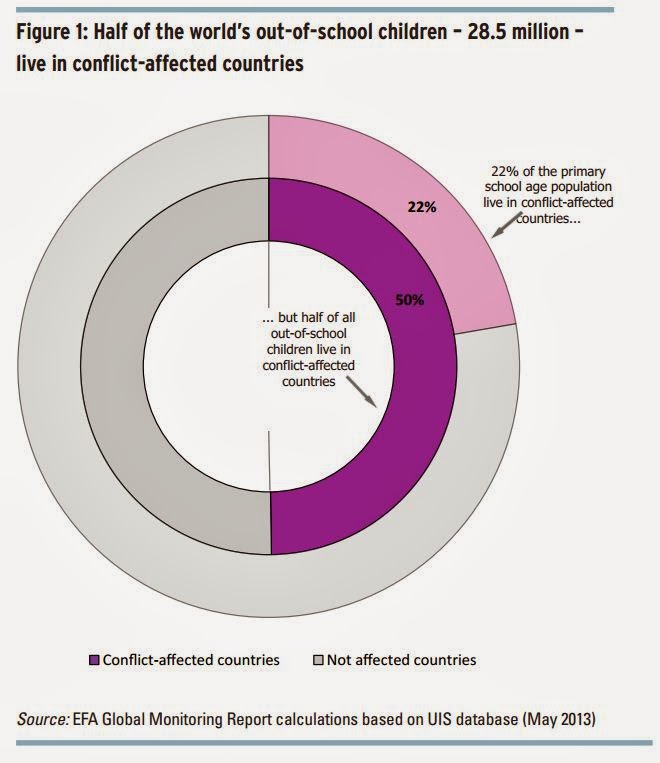 There has been a decline in humanitarian aid in education and refugees often flee to neighbouring developing countries, putting strain on already weak education systems.
The EFA report also states, "Governments identified conflict as a major barrier towards getting all children into school when they signed the Dakar Framework for Action in 2000. They recognized that children in conflict- affected countries are robbed of an education not only because schools may be closed and teachers absent, but also because they are exposed to widespread rape and other sexual violence, targeted attacks on schools and other abuses.

Mohammed is from Syria and